Division of Medical and Biological Sciences 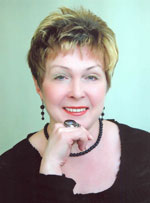 The scientific council on environmental issues under the TAS Presidium was established in 1992 as a special interdisciplinary subdivision of the Academy.

The main tasks of the Council are: determination of priorities and coordination of fundamental and applied investigations; carried out by the researchers and experts of the known scientific schools and ecological centers of the Republic with different basic education and aimed at radical improvement of the environmental situation; environmental security and sustainable development in the republic.

The members of the Division carry out investigations in the following areas:

- Fundamental, theoretical and clinical medicine, development of pharmacology and chemistry, development and introduction of new drugs and medicines;

- Organization of health protection and public health. Welfare of family, childhood and motherhood in the Republic of Tatarstan;

- Development and introduction of new methods and ways of prophylaxis, diagnostics and treatment of therapeutic and infectious diseases;

- Physical and chemical biology and technologies of living systems;

Prof. Tarchevskiy (Fellow of RAS and TAS) is the head of a leading scientific school of Russia that studies the role of stress phytohormons and their analogues in regulating the interaction of cell signaling system. It also studies the molecular mechanisms of phytoprotecting effect of pectin and chitosan. The research group under the guidance of Prof. Kiyasov actively studies regional stem cells and their part in organ regeneration. The scientists developed and introduced the methods of transplanting autologous stem cells in treating cirrhosis of the liver and obliterating diseases vessels of lower extremities within the republican target program “Introduction of Cell Medicine in the Republic of Tatarstan”. Through the federal target program they developed methods of genetic modification of stem cells from umbilical cord blood, that allow the cell to adopt faster in the diseased organ – in the target, and it significantly increases therapeutically the efficiency of cell therapy in treating amyotrophic lateral sclerosis and fastens the liver regeneration.

Prof Zubairov proved the microvesiculation in the blood of healthy and sick people; its parameters may have clinical and diagnostic value. Investigations in this field commenced in other countries as well.

Jointly with the Division of Physics, Energetics and Earth Sciences and the Department of MRI of the Republican Clinical Hospital #2 the members of the Division developed and introduced in the medical practice the methods of measuring the bloodstream and perfusion in the cerebrum in the early period of ischemic stroke, that significantly improves the quality of early diagnostics and shortens the period of rehabilitation of the patients.

Pharmacologists obtained enanth cleaning substances of medicines basing on the spontaneous fission of racemates by crystallization; they synthesized new analogues of dimephosphon and currently study their biological properties. Tatarstan researchers conduct comprehensive studies on atherosclerosis jointly with the Interregional Clinical Diagnostic Center under Ministry of Health of the Republic of Tatarstan and Kazan State University (laboratory ESR). They also work on the definition of diagnostic and prognostic significance of some markers in the development of heart failure after myocardial infarction. The researchers proposed a new approach of assessing endothelial dysfunction depending on the parameters of central and peripheral hemodynamics; the method is available in a wide clinical practice.

In the field of biology the results of proteomic analysis of programmed cell death in plants are significant, that contribute to the understanding of the molecular mechanisms of apoptosis and the functioning of signaling systems in cells. Tatarstan researchers transcribed the gene sequences of a number of microbial hydrolases and some of them were included in the international gene bank. They created dimeric forms of bacterial ribonucleases with special properties, having antitumor potential. Using the method of atomic force microscopy the researchers revealed their active influence on the surface structures of cells. They established the molecular determinants of antitumor activity of microbial natural and genetically engineered ribonucleases and selective effect of ribonuclease drugs on tumor cells expressing certain oncogenes.