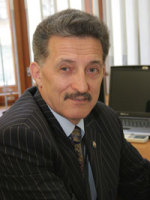 There are four institutes in the structure of the Division: G.Ibragimov Institute of Language, Literature and Art; Sh.Marjani Institute of History, Institute of Tatar Encyclopedia; Institute of Experimental Aesthetics “Prometey” (Joint with A.N.Tupolev Kazan State Technical University) and six scientific councils on the substantial problems of the humanities.

The research activity of the Division of the Humanities is carried out on six aspects of the priority scientific field “Tatar Nation and Peoples of Tatarstan”.

Sh.Marjani Institute of History is one of the recognized authoritative Russian regional science centers and it is a substantial part of the international academic cooperation in the field of Tatar national studies.  The scientific results reached by the Institute cover the wide range of fundamental studies in a number of humanitarian trends as well as applied research related to the execution of the projects on treasuring and studying the historical and cultural heritage of Tatar nation and peoples of Tatarstan. The main research results of the Institute testify to the high use of comprehensive interdisciplinary approach, to the close cooperation with far abroad and neighboring countries.

It is strongly exemplified in the publications of Atlas “Tatarica” (887 pages), which includes the substantial and significant facts from the centuries-old history of Tatar nation and Turkic peoples of Eurasia, their achievements in material and spiritual culture. The issue evoked a wide response in Russia as well as abroad and received prizes at a number of prestigious book exhibitions.

Another significant event in the scientific life of the republic was the publication of the 2nd volume of “Tatar History from the Oldest Times to the Present Day”. The text of the 3rd volume was completed, where outstanding Russian and foreign scientists and experts studying Golden Horde took part.

A great work was done by the National Center for Archeological Studies. They significantly increased the study of the monuments of the Golden Horde of the Volga region, carried out expeditions and excavations in Astrakhan, Nizhniy Novgorod and in other regions. Among the achievements of the archaeologists in this area should also be noted the definition of millennial age of Yelabuga and participation in 2007 in the anniversary of this town. The investigation of the Bulgar cities significantly enriched the historical and ethnographical image of the people in the Middle Volga region. Studying the urban centers of the Middle Age situated on the Great Volga Route provided new information on the history of political, trade and cultural relations of the medieval East and Europe.

One of the research fields of the Ethnology Department is preparation for publication of academic “Historical and Ethnographical Atlas of Tatar Nation”, which embodies the results of studying the fundamental problems of formation and development of traditional culture of the Tatar people.

The researchers of the Department of Social Idea and Islamic Studies analyzed the philosophical and theological works of such great Tatar thinkers as G.Qursawi, Sh.Marjani, Q.Nasyri, Kultasi, R.Fakhretdinov, A.Maqsudi and others. For the first time in the history of Russian Islamic studies they started publishing 15 volumed book series “Anthology of Tatar Theological Idea”.

Owing to the lack of written sources on medieval history a great significance is given to archeological research. A.Khalikov National Center for Archaeological Studies under the Institute of History carries out the excavation and exploration work in Kazan, Bolgar, Bilyar, Yelabuga, Chistopol, Tetyushi and other areas of the republic as well as in Astrakhan, Nizhniy Novgorod, Penza, Ryazan, Ulyanovsk, Chuvashia and Mordovia.

G.Ibragimov Institute of Language, Literature and Art has a very rich history and long traditions. The activity of the Institute is many-sided. The researchers of the institute study the current fundamental problems in Tatar linguistics, literary studies, archaeography, textology, folkloristics, theatre science, musicology, fine arts. A number of fundamental works were published at the Institute: “Tatar-Russian Dictionary” in 2 volumes; “Tatar People Patois” in 2 parts; the 7th volume of 15 volumed set of Gayaz Iskhaki’s works. “Atlas of the Tatar folk dialects” is prepared for publication. 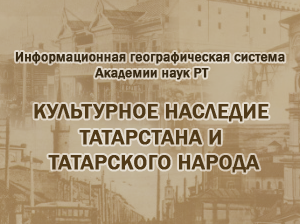